The ultrarunning community was shocked and saddened earlier this week to learn of the passing of Mark Godalethe legendary American ultrarunner and devoted father of four, at the age of 51.

I first met Mark at my first Western States 100 in 2001. At the ripe old age of 29, Mark was running his third Western States 100 and I wanted nothing more than to learn as much from him as possible. And he was generous with his advice. As we ran through the high country in the early hours of the race that day, Mark shared with me stories of his past two runs on the course and what his hopes were for the day.

I was somewhat starstruck in that moment, as Mark was part of a cadre of young, talented runners who came of age in the 1990s and seemingly ran everything. The cool kids of that era, Mark was an integral part of a ragtag group of guys that included Scott Jurek, Ian Torrence, Hal Koernerand Karl Meltzer. I looked up to all of them and desperately wanted to be like them. Mark welcomed me into his orbit that day and I’ll never forget it. 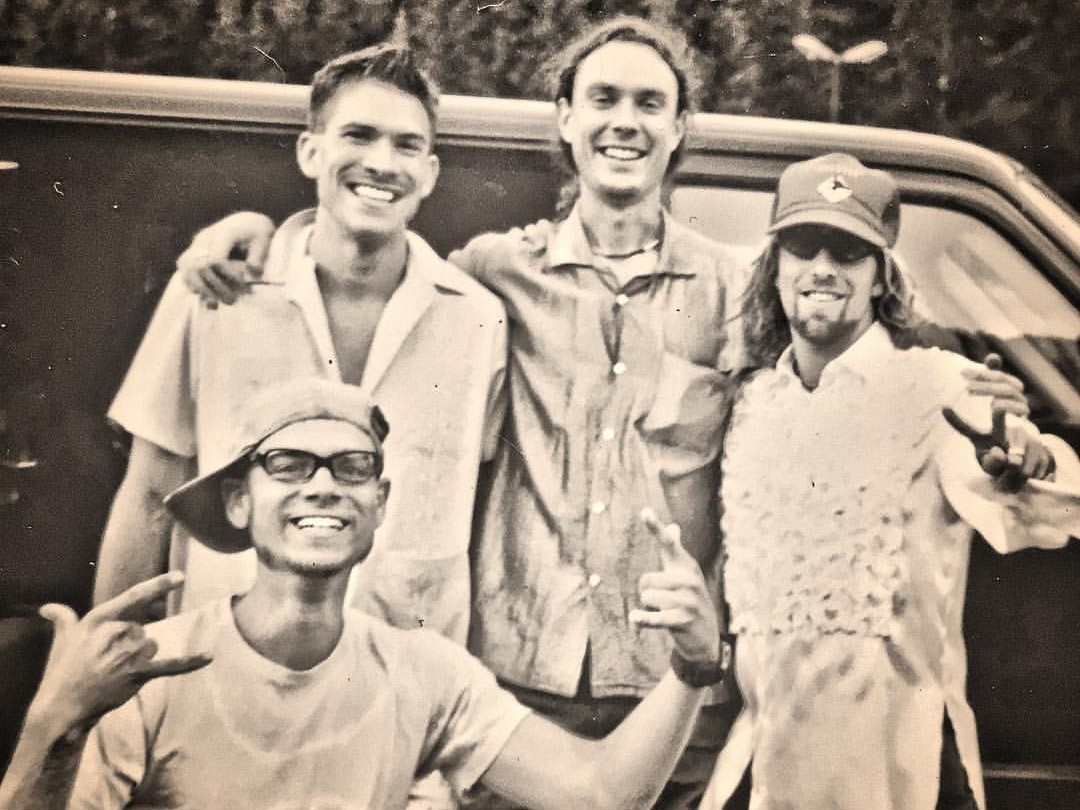 Mark ran his first few ultras in his native Ohio in 1994 and 1995, before bursting onto the national scene in 1996 with a ninth-place finish at the JFK 50 Mile. At the time, the JFK 50 Mile was THE race in the US, and anyone wanting to prove their long-distance chops went there. Mark’s ninth-place finish in his first time on the course, with over 15 miles of rugged trail, which was certainly not his strength, proved that he was willing to run with anyone, anywhere, on any day.

Always embracing the championship races and a strong road runner, six months after the JFK Mile, he finished fourth at the GNC 100k. Then, just two months later, in June 1997, he finished his first Western States 100.

The year 1999 was extraordinary in American ultrarunning, and Mark was at its epicenter. That year he ran some 11 races, including the IAU 100k World ChampionshipsWestern States 100, Badwater 135 MileJFK 50 Mile, and Sunmart 50 Mile, edging out Ian Torrence to win the Ultrarunner of the Year award. Additionally, at the Olander Park 24 Hour event, he battled all day and night with the legendary Yiannis Kouros and ultimately came away with the then American 24-hour record of 162.1 miles.

“It was the 1999 edition of the JFK 50 Mile”. The results show only a five-minute spread between the top-five finishers. In the end, Mark and I were among those and it’s to his credit we got there. Tom Greene came to the race with all intentions of destroying Eric Clifton’s course record. So, the race went out very hot, very fast.

“Mark absolutely sucked on the trails. He was a road and track ultrarunner first, but I gave him props for coming to race in an event that wasn’t his strong suit. I got ahead of him on the early trail section, but he caught and passed me on the canal, roughly 20 miles into the race. I wear he was running sub-six-minute pace when he went by. He quickly disappeared ahead of me.

“I caught up with him before Dam #4 and I could tell he was hurting. As I was passing him — keep in mind we were still moving at 6:30 pace — he turned away from me and puked. He didn’t break stride, matched my pace, and continued to throw up several more times. Once finished, he turned to me and said, ‘Do you think I’m done? I’m not. I’m just catching my second wind.’ That was true. We duked it out during the remaining eight miles and closed in on the top-three runners ahead of us.

Mark pushed me to my JFK 50 Mile PR. On paper, it looks like I beat him. Though I had come across the finish line 20 seconds ahead of him, Mark one-upped me in the finish chute after he told me he had just run and won the Helen Klein 50 Mile seven days before — in 5 hours and 35 minutes! Two weeks later, he’d go on to finish second at the Sunmart 50 Mile in 5:56.

“Mark was all guts and never sat back. It was always an honor to toe the line with Mark, do battle on the course, and then recount the stories over food and libations in the following years. He was a fierce competitor and good friend. I never doubted him when he told me, ‘I will run until I can’t run anymore.’ He definitely followed through with that mantra.” 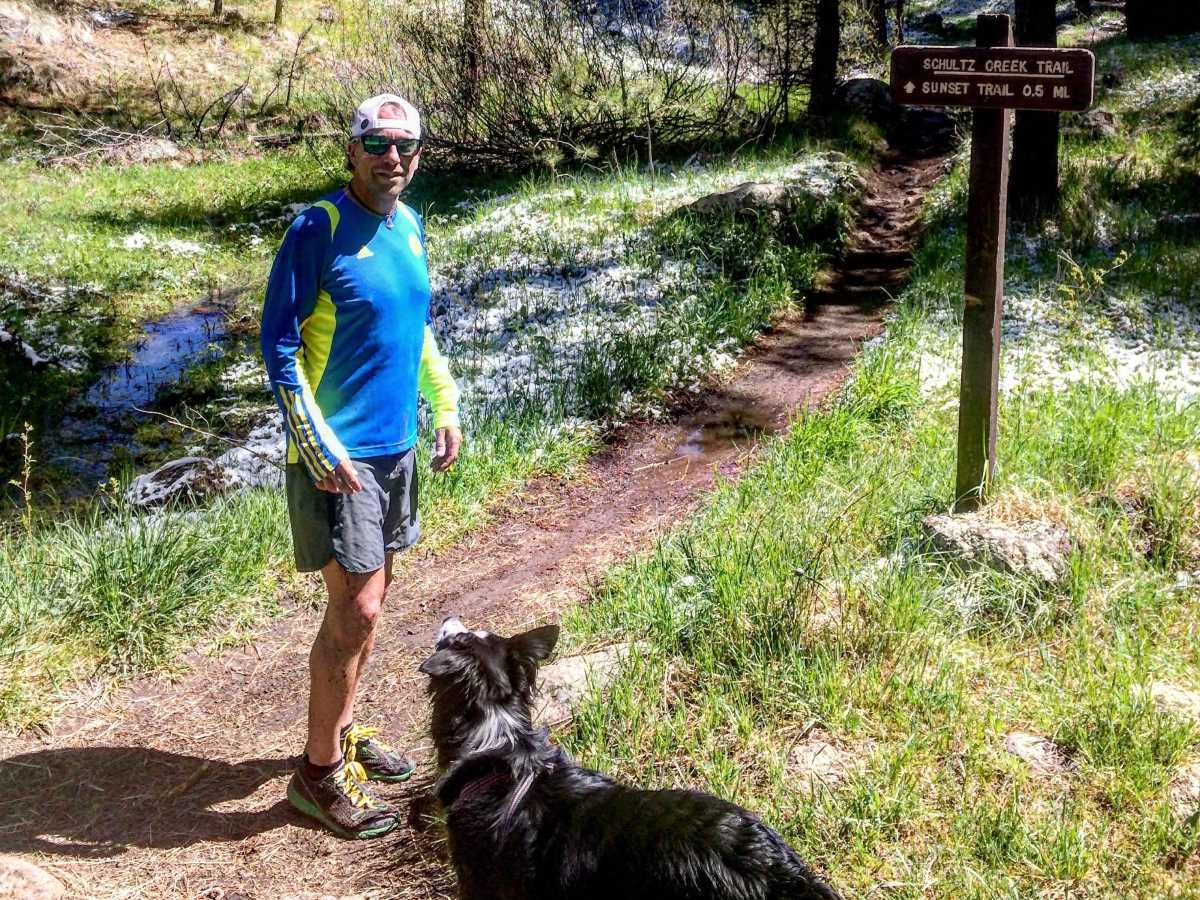 Mark Godale on a trail run in Flagstaff, Arizona, in more recent years.

The stories of Mark’s fierce competitiveness and go-for-it attitude are legendary. A few years after my first encounter with him at the Western States 100, we were once again on the starting line together in Olympic Valley. From the gun, Mark just took off and within a few minutes his trademark yellow Patagonia jersey was just a dot on the side of the mountain. He went over the Escarpment in first place and bombed through the Granite Chief Wilderness.

Eventually, around 10 mile, ultimate race winner Hal Koerner caught and passed him and a few miles later, I came upon Mark. He was still moving well and we proceeded to run through the high country together, catching up on life and the world of running, until he eventually pulled back. He went on to finish at 25:31 and that was fine with him. He went for it and blew up. That was his style and he was at peace with it.

His good friend Scott Jurek notes, “Mark did it all. He was a national champion, an American record holder, and a flat lander from Ohio who would show up to the Western States 100 and throw down. I met him in the ’90s when there were only a handful of us in our 20s, following a passion. He was very unassuming and extraordinary at the same time. He’s as OG as it gets.” 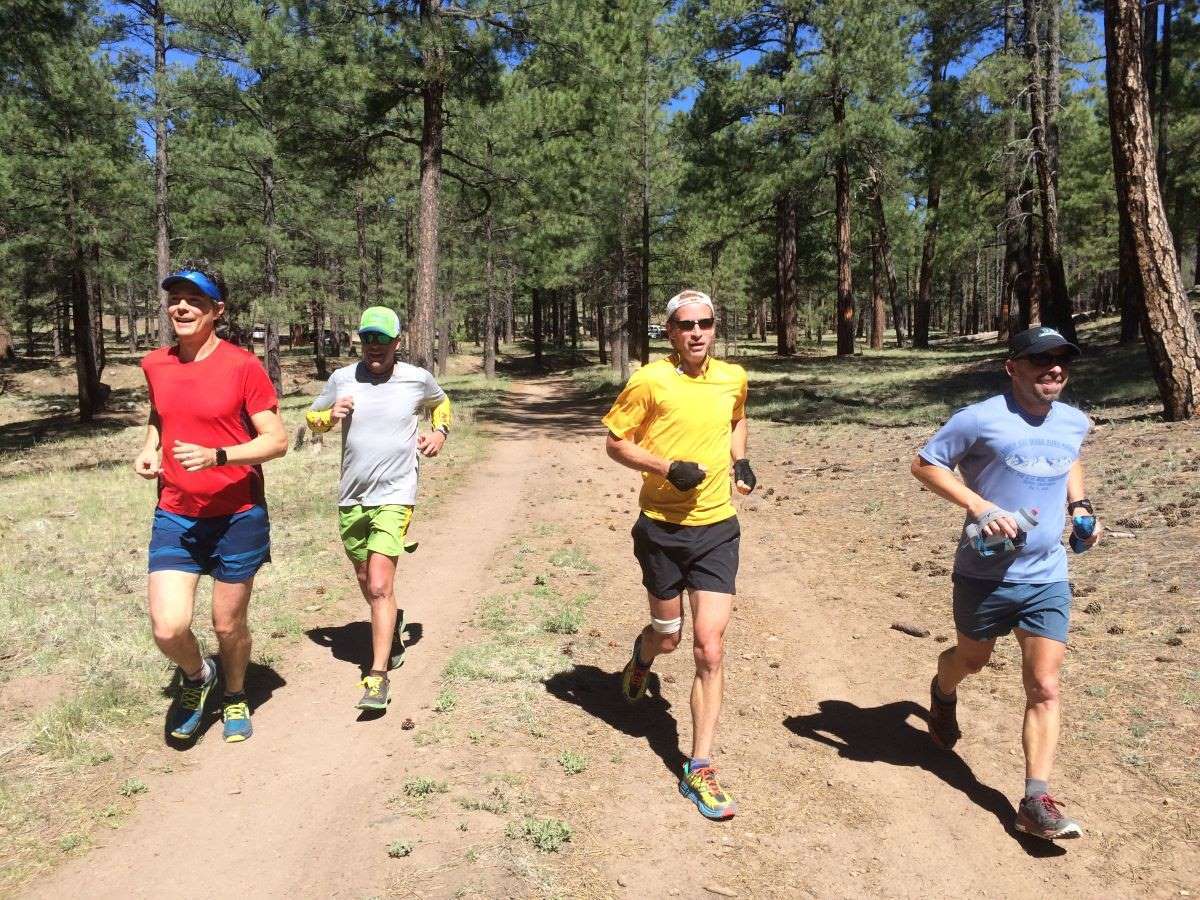 From left to right are Scott Jurek, Mark Godale, Karl Meltzer, and Jeff Kozak on a Flagstaff, Arizona, trail run.

“’Hey, are you Hal (Corner)?!’ I can hear it so clear. [Editor’s Note: Mark and Hal teased each other using incorrect pronunciations of their names, with Mark pronouncing Hal’s last name as “corner” instead of “kerner.”]

“Mark set the bar for a generation. He masterfully managed to grind out one performance after another and would still find a way to improve. Whether it was on the road, track, or trail he never backed down from a challenge. You don’t see that many elites willing to take one on the chin, putting themselves out of their element. That was Mark, he truly loved the sport.

“I loved that as a young ultrarunner, trying to navigate my wayward passion for the sport, he took the time to reach out to commend my determination and effort. I can’t tell you how much confidence that gave me and billowed my training more than any podium result.

“I will miss his enthusiasm most, the constant optimism amidst the headwinds of time and life and his ability to pivot from athlete to mentor. He was just beginning to take it to the next level.”

I would see Mark a few more times at the Western States 100 over the years and we maintained communication on all kinds of things. In particular, Mark was fond of fanning the trails-versus-roads debate that rarely flared up in the Ultrarunner of the year voting, often siding with the go-hard-or-go-home roadies club of which he was a chartered member.

In recent years, injuriesd Mark and kept him out of the ultra racing scene, and yet he continued to show up for the Boston Marathon Each year, finishing it for the 29th time just this past April. Mark’s passing at such a young age is a true tragedy and our community mourns for one of the truly great ones.