There was lots and lots of racing of all kinds, in Europe and in the US, on roads and on trails, in the World Mountain Running Association World Cup and in the UTMB World Series. Don’t hit snooze, you’re going to need some extra minutes to get through this week’s column!

Oftentimes the vertical-kilometer race is little more than an afterthought at races, but definitely not here. These were competitive races! The Friday kickoff went up 4.25 miles and with 3,135 feet of elevation gain.

Uphill ace Allie McLaughlin won the women’s race in 48:46. She won last year too in a time almost six minutes slower. Emma Cook-Clarke edged Tabor Hemming for second. The pair finished in 50:49 and 51:00.

Just under six miles and with 2,000 feet of elevation gain featured at this brand new event. Oh, and there was a via ferrata section that necessitated a climbing helmet and harness too. The unique terrain meant a small field of 50 starting in a time trial format.

Max King did the up, across, and down at 1:01 for the inaugural win. Sage Canaday and world-class mountaineer Adrian Ballinger were second and third in 1:08 and 1:11.

David Sinclair turned down a Golden Ticket to the Western States 100 after he podiumed at the Canyons by UTMB 100k a couple months ago, in part for this run in his backyard, and he delivered a 4:22 win. It was close. Eric LiPuma was only two minutes back in 4:24, and Jeff Mogavero ran 4:28 for third. Sometimes courses change, and it looks like both Sinclair and LiPuma went under the prior course best, so does anyone know if the course was the same this year?

Chris Myers and Matt Daniels were fourth and fifth in 4:31 and 4:36. The race ran as two laps of the next day’s 26-kilometer course.

Jennifer Lichterlast year’s The Rut 50k winner, stormed the women’s race at 4:55, and that too was a new course best. Brittany Charboneau took second in 5:04, and Georgia Porter was third in 5:15. Arielle Fitzgerald and Jennifer Schmidt came through next in 5:26 and 5:27, respectively.

The top two American men and women each earned a spot on the US team that will race over 80k at the World Mountain and Trail Running Championships in November in Thailand.

Andy Walker‘s often Mr. Second Place, including last weekend, but he flipped one on Eli Hemming. Wacker ran 1:50 to Hemming’s 1:51, and the two were 49 seconds apart. Cam Smith was third in 1:54. All three also took part in the Vertical K earlier in the weekend. Sam Hendry and Max King were fourth and fifth in 1:55 and 1:56.

Sophia Laukli edged Allie McLaughlin for the women’s win as the pair completely gapped the rest of the field. Laukli ran 2:06 and McLaughlin was just over two minutes back in 2:08. Ashley Brasovan came through in 2:16 for third, barely a minute in front of Tabor Hemming’s 2:17. Renee Metivier was fifth in 2:19.

The second-year race was also the year’s second World Mountain Running Association World Cup race and it ran just under 10k and with almost 1,000 meters (3,280 feet) of elevation gain on an all uphill route.

An increasing amount of Kenyan runners are racing trails in Europe this summer, and doing well. Patrick Kipngeno (Kenya), a 1:02 half marathoner — in 2015, but in high-altitude Kenya — topped out first at 50:45. Zak Hanna (Ireland) and Andrea Rostan (Italy) got there in 52:37 and 53:02. 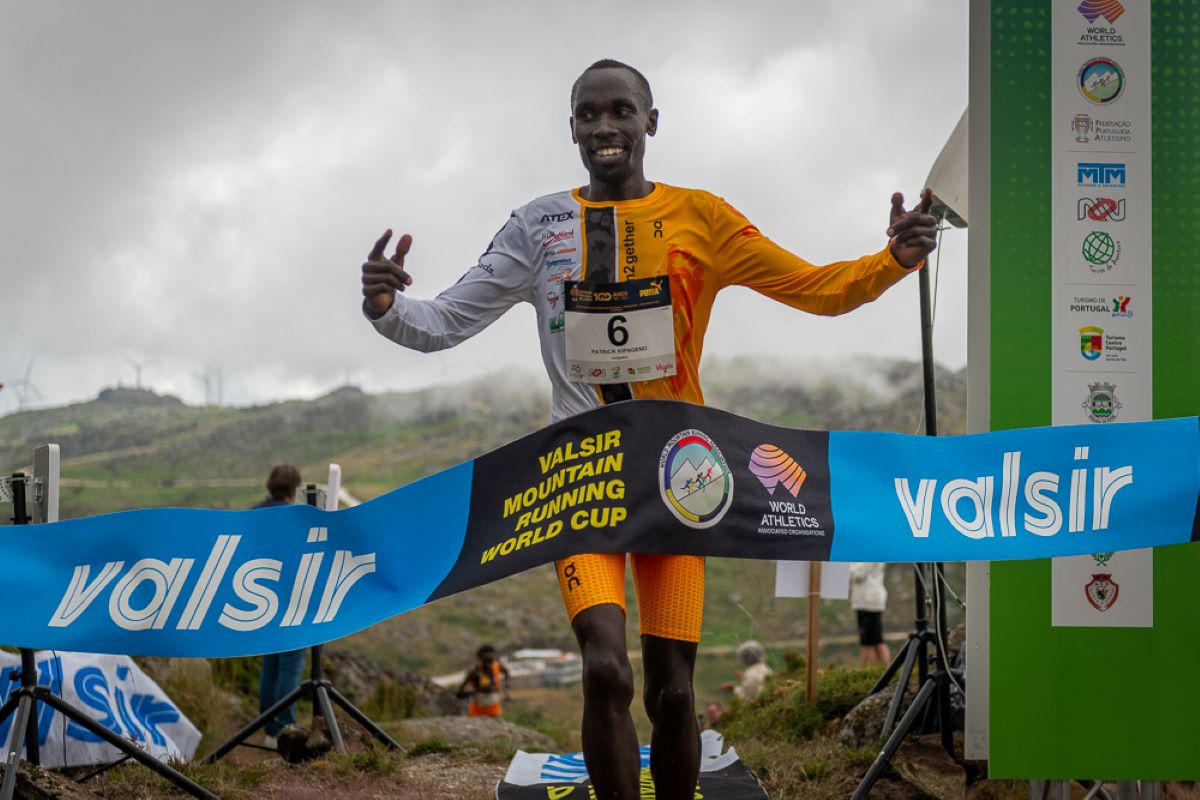 2021 World Cup series winner Joyce Njeru (Kenya) is back on the circuit and back to winning. She was victorious in 1:00, less than a minute ahead of Susanna Saapunki (Finland). Camilla Magliano (Italy) was third in 1:04. 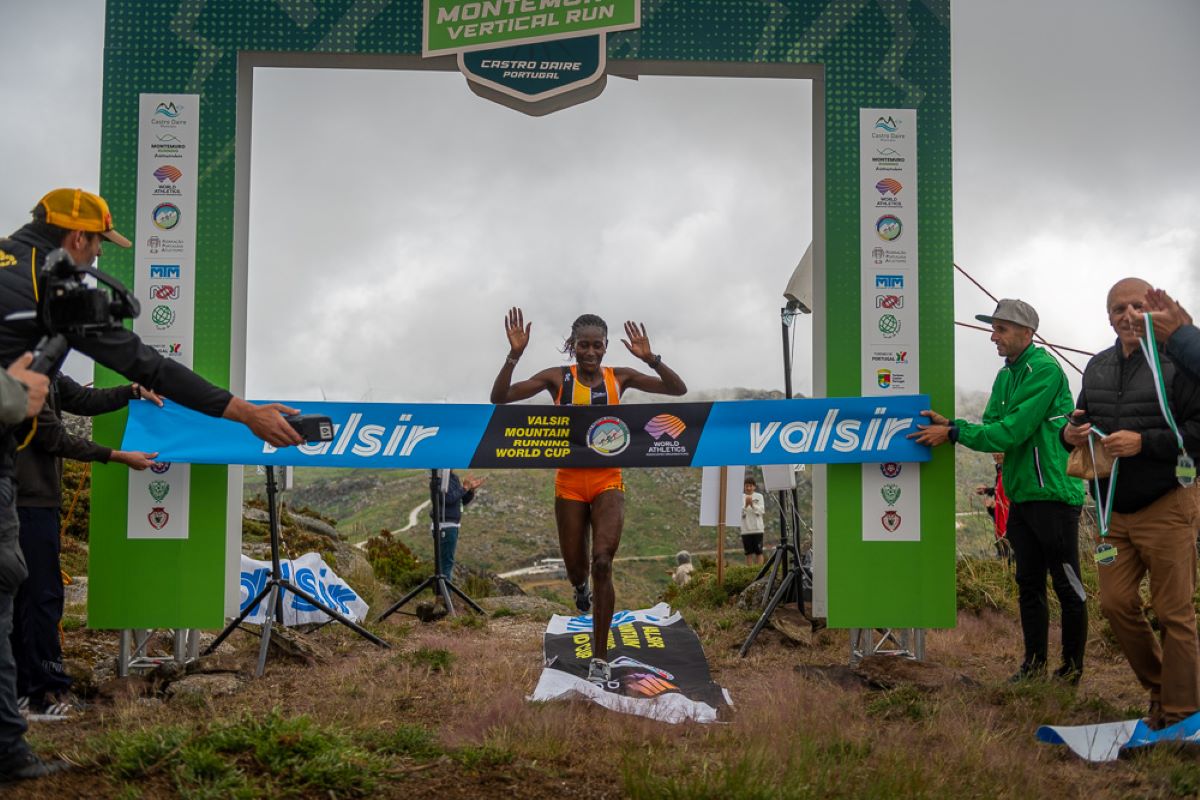 Janosch Kowalczyk (Germany) earned the win on a hot day at 9:36. The 100k race runs from the city center to Lake Fuschlsee and Lake Wolfgangsee and back. Andreu Simon (Spain) and Benedikt Hoffman (Germany) also went sub-10 hours with their 9:44 and 9:53 finishes. The women’s frontrunners weren’t quite as closely bunched. Azara Garcia (Spain) had a big lead on her way to a 12:00 win. Teresa Nimes (Spain) and Jenny Josefsson (Sweden) were second and third in 12:46 and 13:28. Harry Jones (UK) Marta Molist (Spain) championed the accompanying 75k race in 7:08 and 8:11. Full results.

The 160k (99 miles) GR20 route runs almost clear across Corsica, and Anne-Lise Rousset (France) set a new supported Fastest Known Time on the route with a 35:50 finish. This bettered a decade-old record by over five hours.

Rémi Bonnet (Switzerland) won the classic uphill race and took 30 seconds off Jonathan Wyatt‘s course record that dated back to 2006. Bonnet finished the 10k climb in 57:07. Anaïs Sabrie (France) hit the summit at 1:14 to win the women’s race. Full results.

Stian Angermund (Norway) was a 12-minute winner in 3:38, and Fabiola Conti (Italy) was 17 minutes ahead of her class in 4:27. The race had extreme terrain with narrow ridges and climbs and descents with chains on course. Full results.

Haroldas Subertas is closing in on the 200-mile win. At the time of this writing on Sunday afternoon, tracking places the race leader 195 miles into the race and five miles ahead of second place. Mika Thewes leads the women’s race at 182 miles. Tracking.

Seth Swanson and Cat McClure returned to the finish in 12:44 and 15:53. Full results (when available).

Samuel Collins did just enough to get in under four hours. Collins won the men’s 28-mile race in 3:59.49, and Rebekah Rose won a close women’s race in 5:22, only 27 seconds in front of runner-up Cortney Farrington. Full results.

The high-altitude run tops out at 13,185-foot Mosquito Pass, and then turns back to town. Tyler Andrews made it out and back, up and down in 3:23, and women’s frontrunner Elizabeth Hogan finished in 4:20, only 30 seconds ahead of second-place Kristina Mascarenas. In the just-over half marathon distance race, Joseph DeMoor had his second big weekend in a row. He won in 1:52. Local runner Jessica Roberts took the women’s crown at 2:27. Full results. 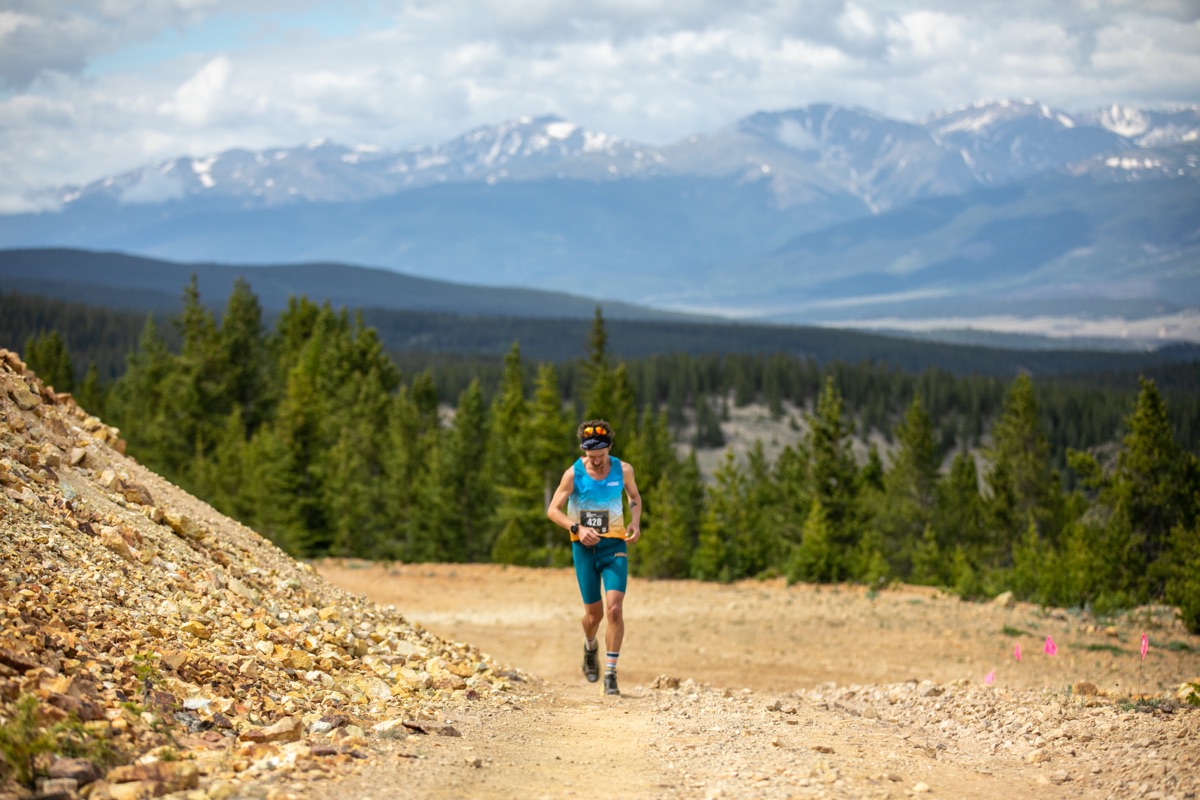 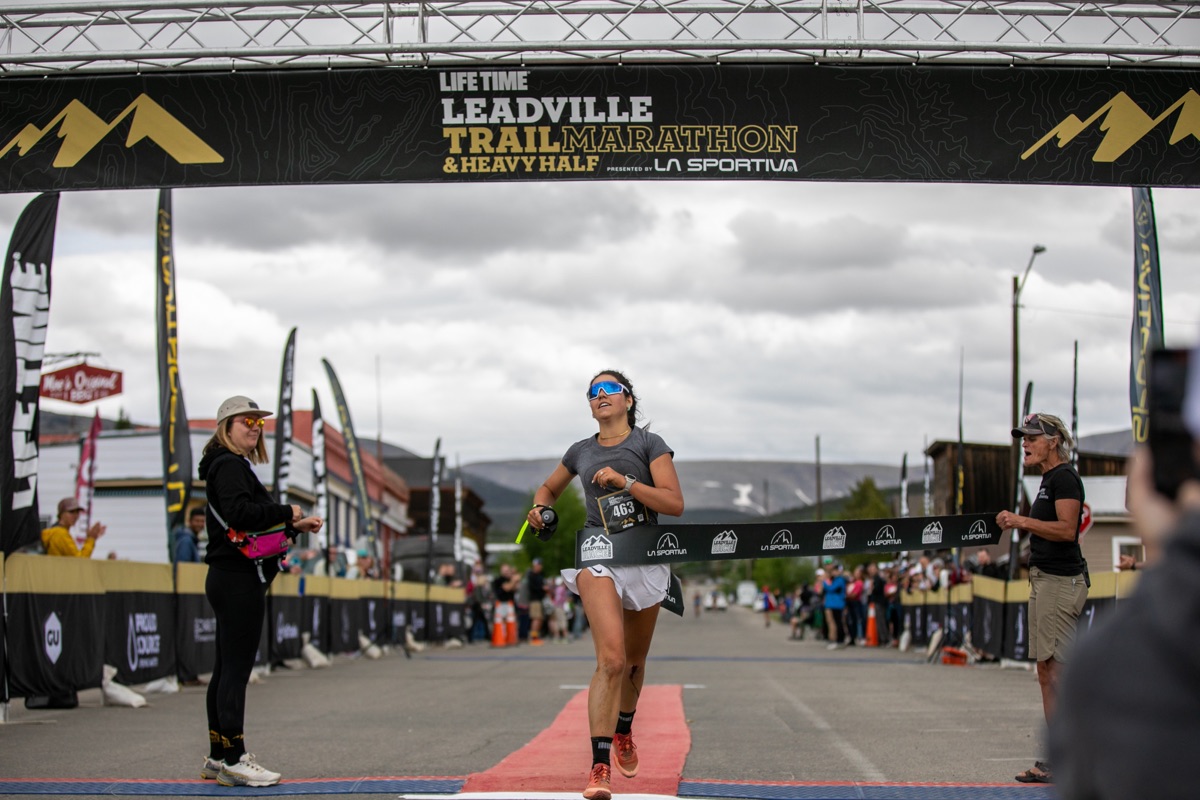 Extreme weather cut the 61st Mount Washington Road Race short. Instead of a 7.6-mile road climb, the race stopped near halfway, for only the second time in the race’s history. Joseph Gray still won, his sixth here, and this time at 27:44. Everett Hackett and past winner Eric Blake followed in 28:50 and 29:12, respectively. Kim Dobson took the women’s crown in 31:59 for her seventh win. Amber Ferreira and Kim Needa ran 34:32 and 35:26 for the other two podium spots. The race paid $1,000 to each winner but also honored the $5,000 course record bonus too as both Gray and Dobson beat the former short course bests. Full results (when available).

That felt like a lot, and that felt fun. Maybe your weekend was the same and want to tell us about it too!