The high country of Europe and North America is opening up as summer sets in and snow melts, and this means the trail racing is going higher too. This week, we bring you results from the Vail Mountain Games in the Rocky Mountains of Colorado and Olla de Núria, which tops out on a 2,900-meter (9,500 feet) peak in Catalonia, Spain. We’ve also got plenty more results, including from America’s oldest trail race, the Dipsea Race in California. Buckle up, it’s Monday!

Dani Moreno picked up the high-altitude win and a $2,500 paycheck for her work. Moreno was out front on the up-and-down course in 48:29. Most of the action happens around 9,000 feet. Janelle Links charged to second in 49:34 and Ashley Brasovan was third in 49:40.

And on the men’s side, Joseph Gray won for an incredible eighth time. Gray finished this year’s track in 40:57, easily in front of second-place Joseph Demoor and third-place Ace Brown. Demoor and Brown finished in 42:22 and 42:51.

The first-year 20-kilometer race started at the same time as the 10k race, eliminating any potential for a double between the two prize-money-rich races. This race paid $12,000 to the top three finishers, whereas the 10k went five deep on money, but only totaled $11,500.

Tabor Hemming and Eli Hemming can pay some bills after this double win. The wife-and-husband team each won their respective races and a combined $6,000. Tabor ran away with the “W” in the women’s race in 1:49. That was well clear of Grace Morgan and Megan Board and their 2:00 and 2:01 finishes.

The third running race of the day started four hours after the other two, and so the chance to double and win more money was alive. This race runs as up-and-down laps on Vail Mountain. Runners have to finish the lap they’re on at 30 minutes and race back down.

All three of the top women got five laps in, but Janelle Lincks, second in the earlier 10k race, got hers in 35:02 to win. Karley Rempel and Jessica Fairless finished their five in 35:25 and 35:32 for second and third.

An impressive eight men finished six laps, and Cam Smith got back down at 31:51. Joseph Demoor doubled back and was second again, this time in 32:09, and Sullivan Middaughalso doubling back, was third in 32:33. 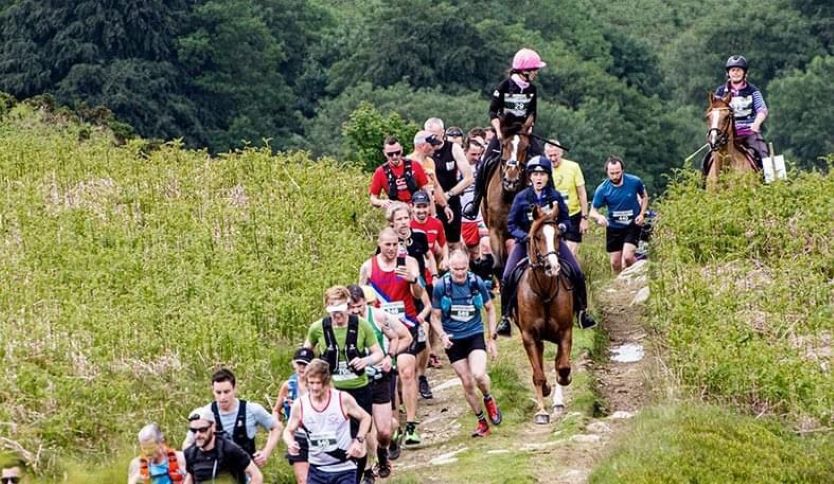 Runners and riders at the 2022 Man versus Horse. Photo: Man Versus Horse/Peter Barnett

There were shorter race distance options too, but Nicola Shaw (UK) Andy Wilkin (UK) did the full 100k loop the fastest, finishing at 12:47 and 11:20. Full results.

Oihana Kortazar (Spain) outpaced Malen Osa (Spain) and Nuria Gil (Spain) to win the competitive 21k race. The three finished in 2:42, 2:45, and 2:48. Men’s best Oriol Cardona (Spain) ran 2:12 to lead Antonio Martinez (Spain) and Ricardo Cherta (Spain). The chasers came through in 2:17 and 2:21, respectively. The race was part of the Golden Trail National Series for Spain/Portugal. Sarah Alonso (Spain), just off her third-place finish at the Zegama Marathonwon the 4k uphill race in 51:53, and so too did Albert Perez (Spain) in 45:21. Full results. 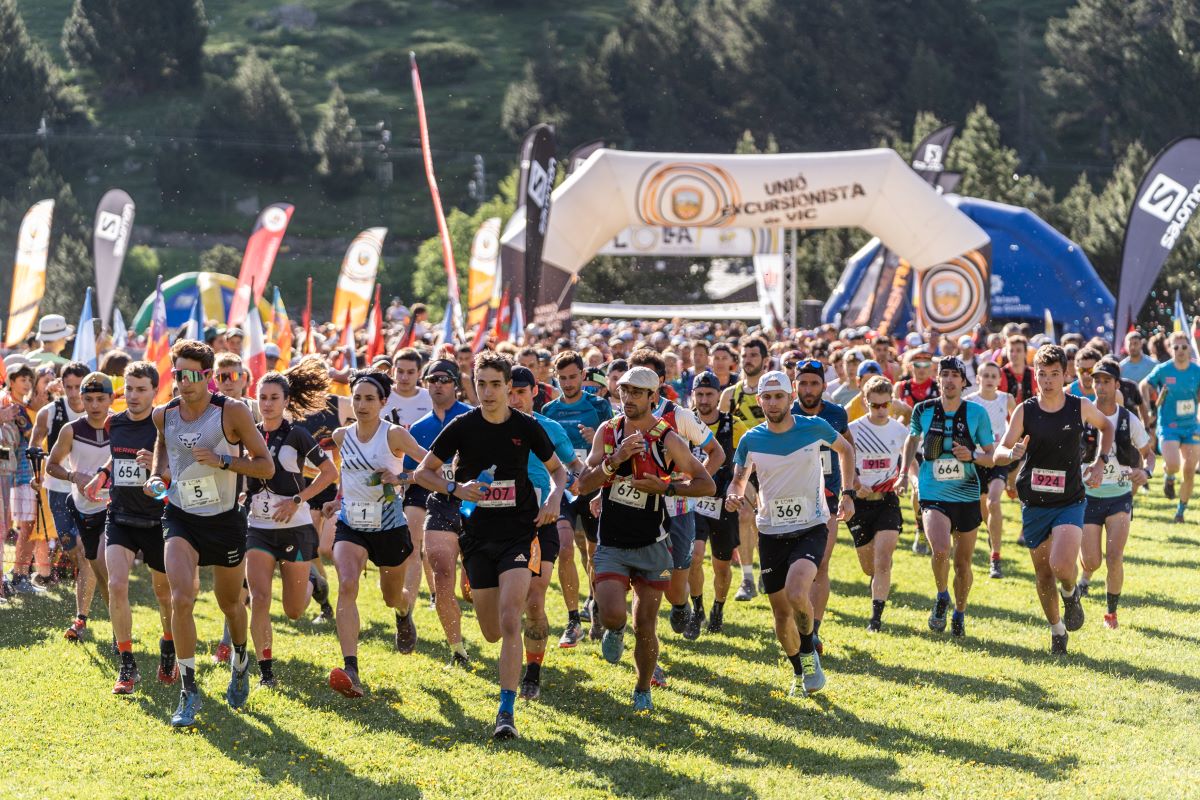 Mayi Mujika (Spain) and Robert Pkemboi (Kenya) won the marathon-distance mountain run in 4:54 and 3:56. Pkemboi was fifth at the Zegama Marathon two weeks ago Full results.

It was the 111th edition of the age- and gender-graded 7.5-mile race, and Eddie Owens won the race to the finish line and posted the fastest split. That is, Owens overcame any age and gender handicaps. Clara Peterson was the first woman to finish. Full results.

Erica Jennison and Oscar Perez cruised through the redwoods first in 5:14 and 4:20. Full results.

Nadia Haas and Eric Miya covered the multi-loop course in 29:50 and 21:49 for victory. Full results.

Sara Tannenbaum and Nick Peterson went the distance at 9:06 and 7:53. Full results.

Sawyer Magnett and Austin Horn were the first woman and man over 54 kilometers, winning in 4:47 and 4:07, respectively. Elyssa Bell topped the 27-kilometer race in 2:20, and Ruairi Moynahan kicked to a close men’s win at 1:53. Full results. 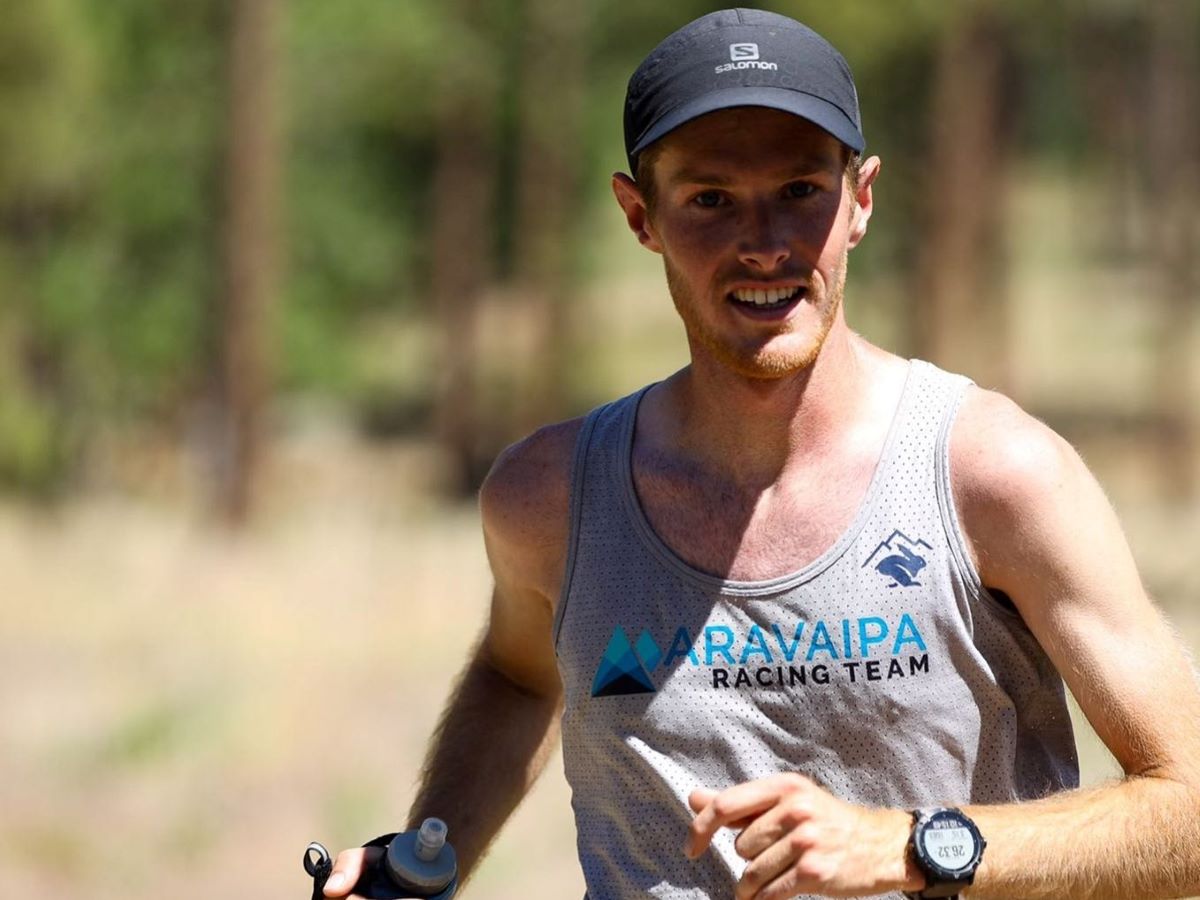 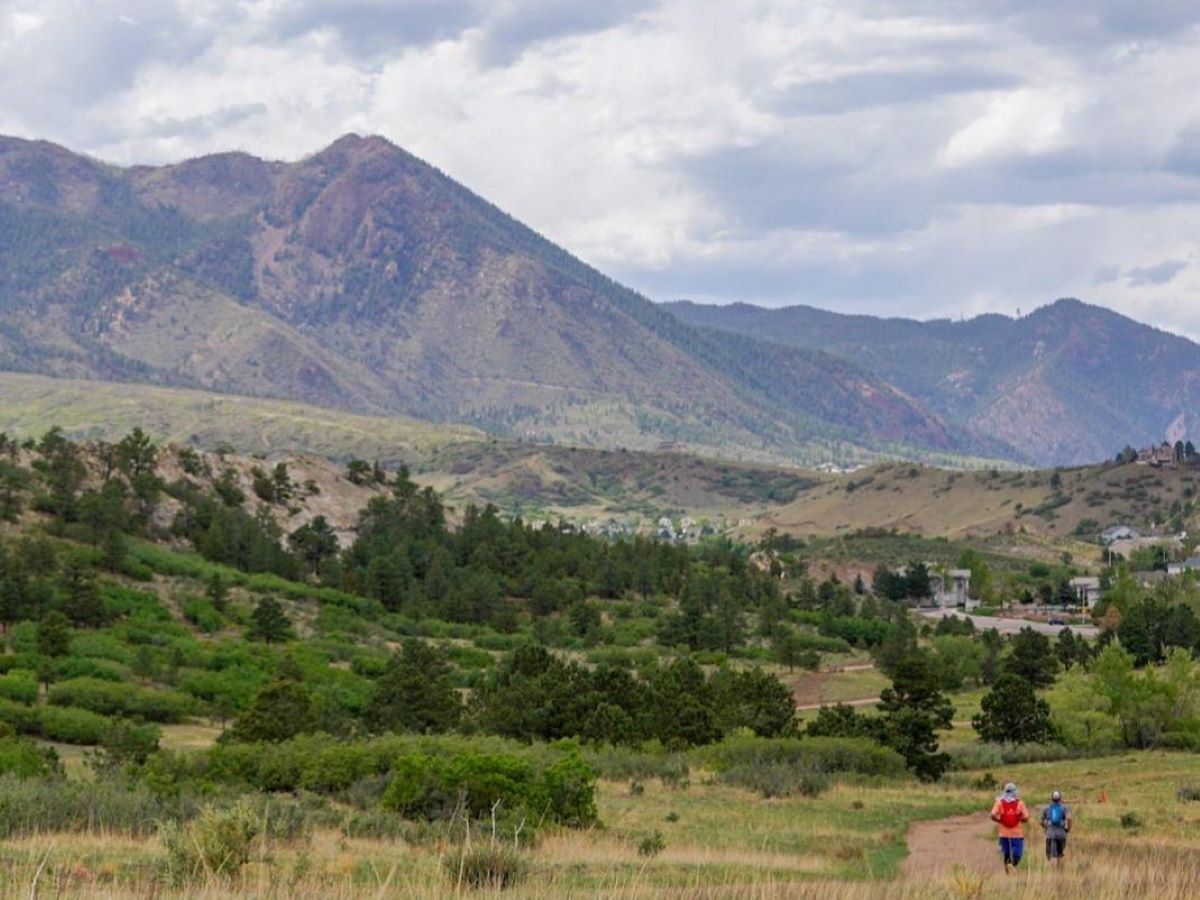 In the women’s race, Michelle Magna won and set a new course record at 17:03. It was nearly 70 minutes better than the old best. Reese Slobodianuk was first man at 17:18. Full results (when available).

The double out-and-back packs in waterfalls, boulder scrambles, river banks, bridges, and lakeside trails on a challenging course. 2022 winners Natalia Smerage and Benjamin Rush made it through in 29:54 and 29:10. Daisy Packard and Gavin Davis won the 50-mile race in 11:38 and 8:40, and Kimberly Goehring and Josh Elliott were the day’s best over 50 kilometers in 6:10 and 5:28. Full results.

Trail-road-track crossover star Grayson Murphy ran 31:53 for 10k, placing 13th in the international road running field. It was a new personal best, and Murphy did it with a negative split after opening with a 16:05 5k. Full results.

Michelle Gray championed the women’s group in 8:59, and on the men’s side, this is Ivaylo Benov‘s race. He’s won six times since 2016, and that includes 2022. The results currently show a 4:57 finish and that’s probably a bit too fast to be accurate, but let’s assume that Benov is indeed this year’s winner again. Leave a comment to let us know the men’s winner’s finish time. Full results.

Bring some fun to the comments section! Leave a comment to share details from a race you were at this weekend, especially those not covered in this article so far.